Climate change impacts are felt across the world and exacerbate the existing vulnerabilities among humans, animals, and ecosystems. The Fifth Assessment Report of the Inter-Government Panel on Climate Change (AR5 IPCC) speaks on how climate change impacts existing vulnerabilities related to non-climatic factors and multidimensional inequalities, and how they shape differential risks from climate change. It further provides that people who are socially, economically, culturally, politically, institutionally, or otherwise marginalized, including social processes such as discrimination on the basis of gender, are especially vulnerable to climate change.

Gender refers to the socially constructed characteristics of women and men such as norms, roles, and relationships, of and between groups of women and men. It varies from society to society and can be changed. In recognition of this, the development of policies and plans needs to allocate due attention to gender as a cross cutting theme, and mainstream gender in policies and plans to ensure inclusiveness as well as gender responsive action.

The United Nations’ Economic and Social Economic Council (ECOSOC) defined gender mainstreaming in 1997 as “the process of assessing the implications for women and men of any planned action, including legislation, policies or programmes, in all areas and at all levels. It is a strategy for making women’s as well as men’s concerns and experiences an integral dimension of the design, implementation, monitoring and evaluation of policies and programmes in all political, economic and societal spheres so that women and men benefit equally and inequality is not perpetuated.

The United Nations Framework Convention on Climate Change (UNFCCC) has recognized the importance in considering gender as a key component in addressing impacts of climate change. Some of the key aspects noted in the UNFCCC process are a focus to increase the representation and participation of women, the gender balance goal, the two year work programme on gender from 2014–2016, the three year work programme on gender from 2016–2019, the Gender Action Plan introduced in 2017, and the revised gender work programme and action plan which is to be adopted in 2019.

Under the UNFCCC Gender Action Plan, the Parties to the Convention focus on capacity building, knowledge sharing and communications; gender balance, participation, and women’s leadership; coherence across the UNFCCC and the UN; gender responsive implementation and means of implementation; monitoring and reporting.

Gender-responsive climate policy continues to require further strengthening in all activities including adaptation, mitigation, and related means of implementation (finance, technology development and transfer, and capacity-building). This includes decision making processes and the implementation of climate policies and climate action.

Decision 21/CP.22 requests the Subsidiary Body for Implementation to develop a gender action plan (GAP) with the aim of supporting the implementation of gender-related decisions and mandates in the UNFCCC process. This may include among others priority areas, key activities, and indicators, as well as timelines for implementation, and responsible and key actors.

The GAP has as its objective to advance women’s full, equal and meaningful participation and promote gender-responsive climate policy and the mainstreaming of a gender perspective in the implementation of the Convention and the work of Parties, the Secretariat, United Nations entities, and all stakeholders at all levels.

Further, the COP agreed that National Adaptation Plans (NAPs) should follow a country-driven, gender-sensitive, participatory, and fully transparent approach, taking into consideration vulnerable groups, communities, and ecosystems. The Least Developed Countries’ Expert Group (LEG) Guidelines on NAPs provide entry points for gender integration into adaptation actions. Among such examples are assessing what information is available regarding particularly vulnerable groups including women, and further researching on this topic in the country; harnessing the potential of women as agents of change within their communities, and investing in this potential as part of the NAP process; tailoring and implementing the NAP activities based on an understanding of gender dynamics and the potentially disproportionate impacts of climate change on women; ensuring the participation of the most vulnerable groups, including women, in the NAP process. This includes integrating the perspectives of women and drawing on their unique adaptation knowledge and local coping strategies when formulating the NAP.

Nationally Determined Contributions (NDCs) under the Paris Agreement are also an opportunity to ensure that climate change policies are gender responsive. Research conducted by UNDP provides that out of the 161 countries that had submitted their intended nationally determined contributions (INDCs), 65 countries had made at least one reference to gender equality or women. The research further points to several options to ensure that NDCs are gender responsive which includes analysing the national context, assessing the institutional gender equality frameworks and coordination mechanisms, integrating gender equality into climate change planning instruments and processes, engaging in multi-stakeholder consultations with women and women organisations, supporting capacity building and empowerment, etc.

Further, taking into account the importance of gender responsiveness of climate actions, the Green Climate Fund has also highlighted the need for mainstreaming gender in their projects and activities. To assist the countries to ensure that projects are gender responsive, the GCF has introduced a Gender Assessment and Action Plan Template, a toolkit for gender mainstreaming, and refers to the Guidelines for Leveraging Co-benefits between Gender and Climate Action prepared by UN Women.

Communities have different vulnerabilities that are linked to diverse causes. With the impacts of climate change, these vulnerabilities are further aggravated. Gender plays a key role in how individuals face and experience climate change, and it is important that policies and plans are gender responsive and take into consideration the gender implications of how climate change impacts men and women, boys and girls differently. 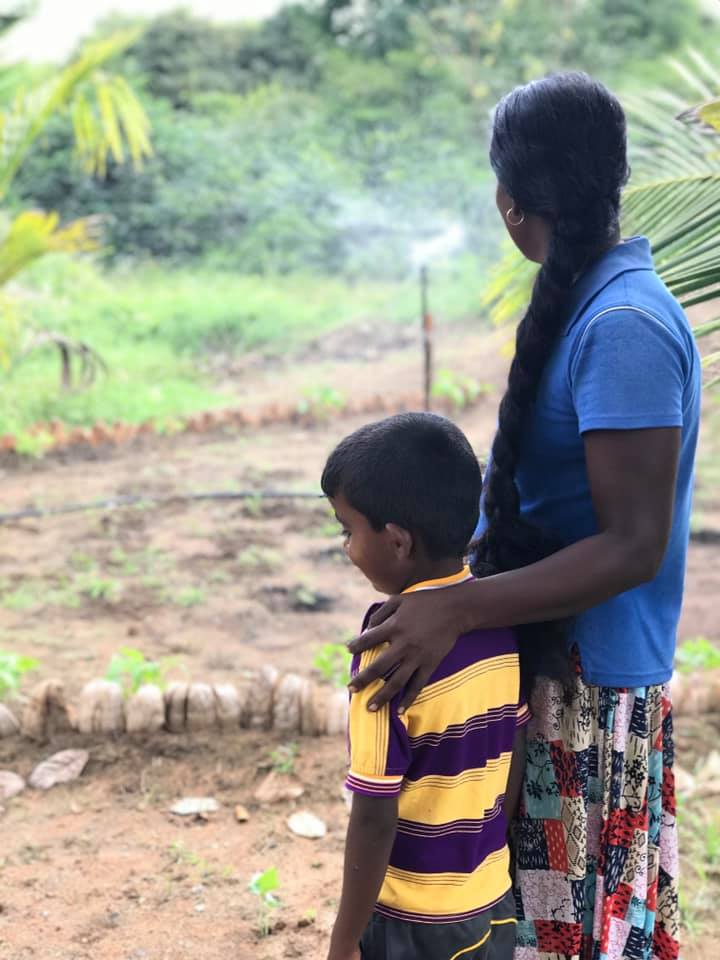