Anthropogenic climate change is set to make heat stress more widespread and severe across the world, with South Asia identified as a critical hotspot. Within the region, rising day- and nighttime temperatures already affect human health, reduce labour productivity, and pose the threat of lethal heatwaves and "wet-bulb" temperatures. Between 1979 and 2017, extreme combinations of heat and humidity have doubled in much of South Asia. Summer temperatures are projected to increase 3°C–6°C by 2100 in some areas, and around 800 million South Asians are expected to face worse heat waves in the future.

In particular, urban areas are highly vulnerable to rising temperatures, whose impacts are exacerbated by population density, air pollution, and the urban heat island effect. Groups such as the urban poor, women, youth, children, and the elderly face the highest risks to their wellbeing, health, income, and lives, highlighting the need for evidence-based, inclusive, and urgent action.

This concept note outlines SLYCAN Trust's work to address heat stress at different administrative levels in Colombo and the Western Region Megapolis, which is part of a regional project supported by the Asia-Pacific Network for Global Change Research (APN) in India, Bangladesh, and Sri Lanka. 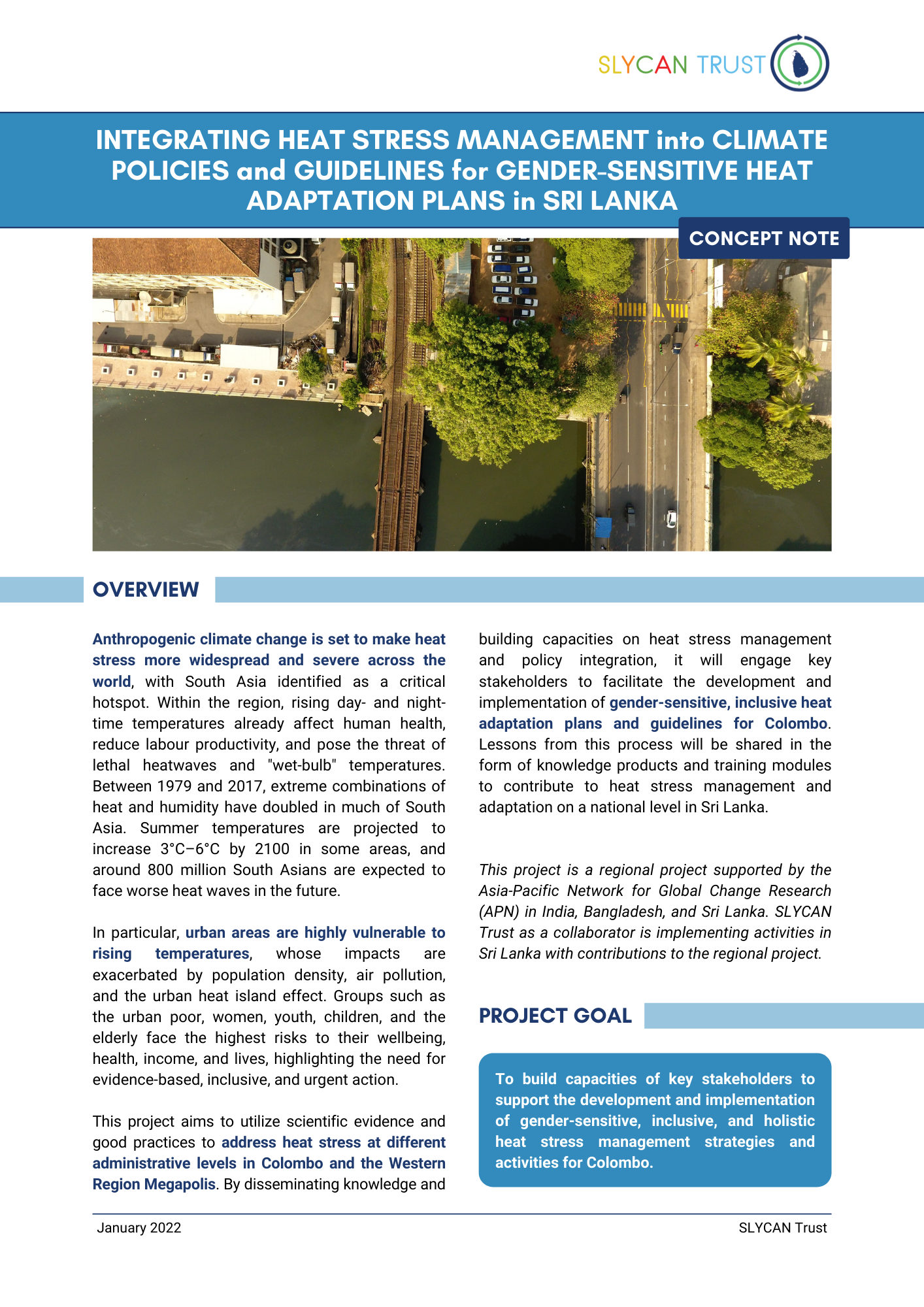