As climate change affects societies, economies, and the environment, adaptation is becoming increasingly vital, particularly for poor and vulnerable countries, groups, or communities. In addition to ambitious mitigation action, concrete support for adaptation is needed at scale and on all levels to address adverse climate impacts. Scaling up adaptation support and establishing a Global Goal on Adaptation as outlined in Article 7 of the Paris Agreement should therefore be pushed for in the COP26 negotiations and strengthened on all levels in- and outside the UNFCCC system.

Civil society actors can play an important role to create momentum, mobilize support, and highlight existing gaps. By providing evidence from the local, national, and regional level, they can strengthen the case for adaptation finance and support as well as connect different stakeholder groups and levels.

This position paper is part of an ongoing research on climate change adaptation and loss & damage needs and actions for enhanced engagement of civil society in climate action and resilience-building conducted jointly by Southern Voices on Adaptation and SLYCAN Trust with support from CARE Denmark. 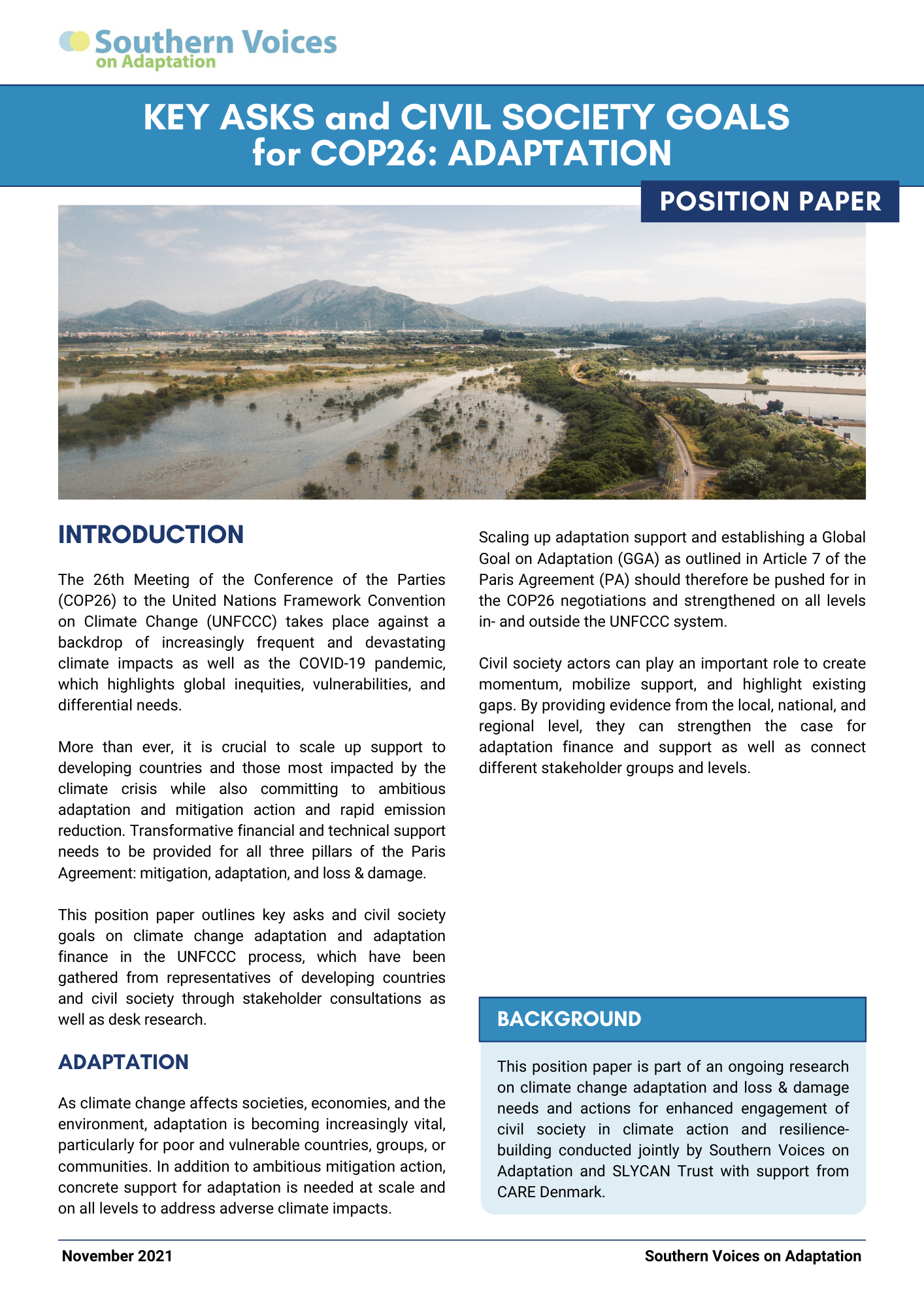