Dr. Sunimal Jayathunga, Director Climate Change Secretariat, began the consultation with an introduction to the urban, city planning, and human settlement sector: “The 2010 vulnerability assessment identified the human settlement sector as one of the most vulnerable sectors to climate change and emphasized the importance of understanding vulnerability to determine necessary adaptation measures.”

Dr. Jayathunga highlighted the need “for key performance indicators and targets for NDCs to determine the progress of Sri Lanka” and called upon the stakeholders to help identify these key indicators. Financial needs, research needs, policy gaps, awareness needs, capacity needs and the need to strengthen legislations and institutes were identified as some of the issues affecting this sector.

The introduction was followed by a review and update of the NDCs of the urban, city planning, and human settlement sector. It became apparent that changes are required in order for the NDCs to be relevant, realistic, and climate change based. Key areas of action proposed by the stakeholders included the merging of existing NDC actions to provide a more comprehensive approach and the inclusion of subpoints of the NDCs into the action plan. It was strongly suggested that special importance should not be given to certain areas and provinces when drafting NDCs as they are “national contributions.”

Furthermore, it was suggested to broaden certain NDCs to make them climate change relevant and practical. For example, market-based instruments could be introduced for green building. During the discussion, the process of getting approval for urban and rural planning was highlighted. It was noted that under the tourism sector, infrastructure plans are subjected to the same approval process as other settlements while the National Physical Plan covers both urban and rural planning.

Overall, the consultation focused on removing repetitive and merging overlapping contributions in the urban, city planning, and human settlement sector. As a result, the seven NDCs of this sector were reduced to four while their sub points were proposed to form a part of the Action Plan. This stakeholder consultation completed the first round of sector consultations for adaptation related sectors under the NDC and NAP. The date for the national workshop for reviewing the progress of all NDCs is 22nd August 2019.

For further information kindly contact Sajani Ranasinghe on 0117 446 238 or via email at info@slycantrust.org. 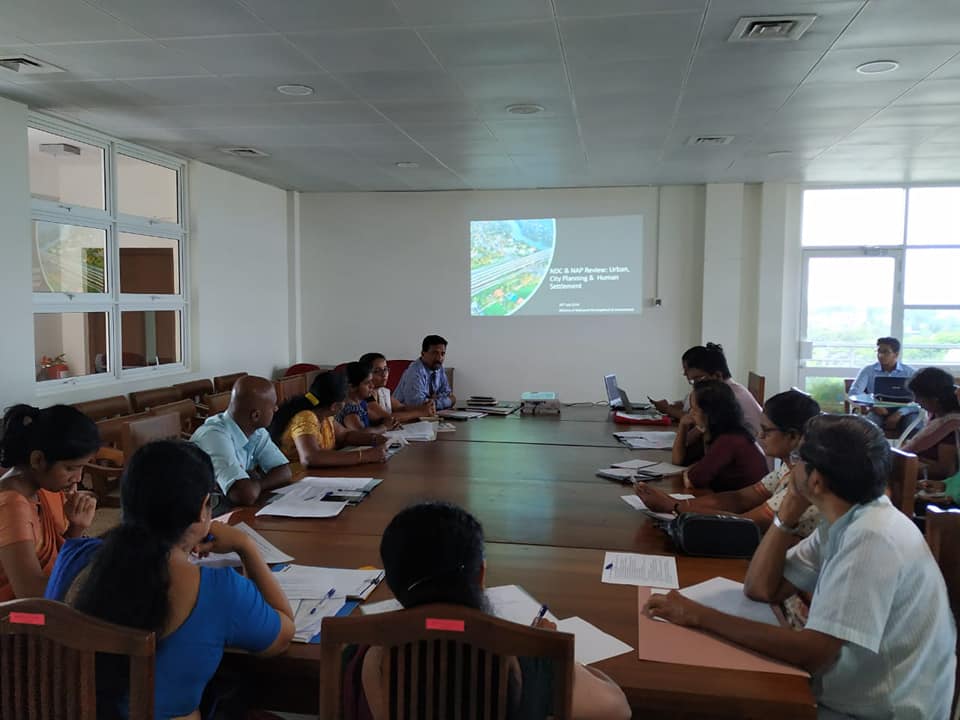